1. I found these shots on my enormous ever-growing hard drive full of images of myself which have been kindly donated by photographers. They're by Mark Bigelow, who initially hired me for his 'Rosamund Clifford' project a couple of years ago. I absolutely love them! So 'vintage', in styling, pose and atmosphere. I was so new to modelling at this point, so I'm proud that these are shots I still want to show off. Thank you to Mark.
(Click to enlarge)

I remember Mark saying to me at the beginning of the shoot, when reviewing a few of our first images, that he thought I was very expressive but that it didn't always reach my face, or that my eyes were expressive but the rest of my face wasn't. Modelling is acting, and hopefully I've improved since then. I've gained so much confidence in front of a camera now. Hopefully part two of this blog post will demonstrate my more 'theatrical'/'letting loose' side...
********
2. I love wearing make up on nights out and for photoshoots, and I've been known to wear foundation to Zumba and aerobic/dance classes in which I expect to get HOT (my skin flushes so easily!). I have even sometimes thought I would love to train in make up. I really appreciate the artistry involved and the possibilities for total transformation from blank canvas to... any story you want to tell!
Yet, at the grand old age of 25, I love not wearing it too. I am, of course, a bit of a hippie in some respects, and the more I travel and leave my make up kit at the bottom of my backpack (during my most recent trip, I felt embarrassed to be wearing it at some points; it just looks wrong! And not wearing make up is definitely also an important way of blending into a crowd in countries where attention is unwanted, much like not wearing clothing which is revealing or hugs your body too tightly), the more I realise it's nice to lower your default base-point or 'norm' to the natural face.
Make up is an extra, a choice and a decision, not a necessity or essential. Then again, when you're on holiday or somewhere hot, your skin glows with its newly charged pigments, and too much eyeliner on a beach feels silly anyway, yet here in cold England it's easy to look drab, tired and washed out without these brilliant products ready to enhance and 'define' us. And yes, putting on make up (as one act of many that involve efforts to look nice and take the trouble and time with your appearance for yourself as well as for others) can be an important statement. But even so, isn't it nice to just have clean skin sometimes? It feels more innocent to me.
Hhhmmm, this blog post is turning into a natural face apologetic.
I'll get to the point now:
Sooooo, I'd been toying with the idea of doing some self portraits for a while, since getting a new camera recently... Then I totally forgot about that idea until a couple of nights ago, when I was about to go to bed. The results aren't so much self-portraits as 'freak-out time' in front of the camera. Nevertheless I kinda love them and hope you might find them interesting. They're certainly not all that flattering; how liberating! I've been wanting to do a shoot showing different, darker emotions (fear, despair, crying heartbreak, etc) for a long time now, but (understandably) it's not a side of myself I'm often asked to portray in most modelling bookings...So I thought I would have a go at it for myself! The first one is the 'prettiest', and then it gets a little strange, odd and even grotesque (in the truest sense of the word). You might not like them at all, but it's fun to mess around like this sometimes!
Some points...
1. You may have gathered that the following shots involved: no foundation, no powder, no eye shadow, no sneaky contouring, no mascara, no lipstick. My face might have some 'imperfections' ('beauty' spot, pores, freckly things, tiny hairs... etc), but I've decided not to care in the slightest (I'm being stubborn about this). In general, I'm extremely lucky to have good, clear skin.
2. It turns out it's hard to take self portraits when both arms are occupied fully by holding the camera.
3. Due to the above, plus my light source being above me, my angles were limited (er, to one). Check out how small my eyes look and how large my jaw appears. Kinda funky (maybe?) - I don't look anything like myself in these, and yet I absolutely do, of course.
4. These shots have received ZERO editing in the way of skin retouch and other clever stuff that would have made me look super duper, possibly. I don't have photoshop. Some have been cropped and most have been turned to black and white. These (plus resizing and upping contrast) are the totality of my photo-wizzardry skills.
5. Photographic rules broken include: 'Never shoot upwards at a model', 'Don't get too close', 'Keep still during the shutter release', 'Have an awesome background' and 'Don't pull weird faces'. 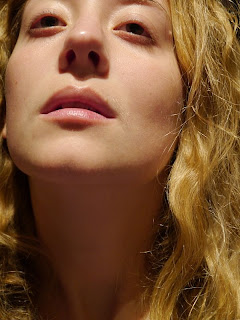 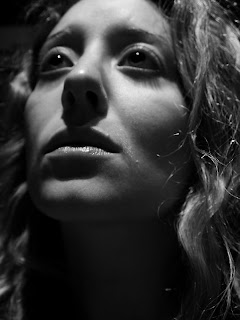 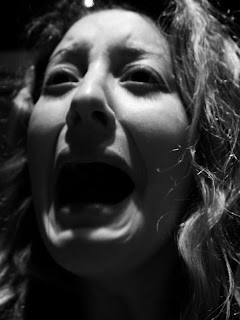 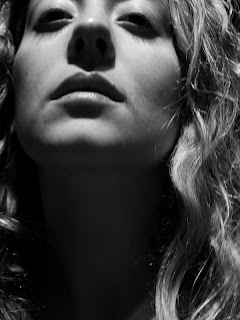 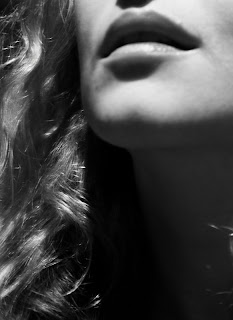 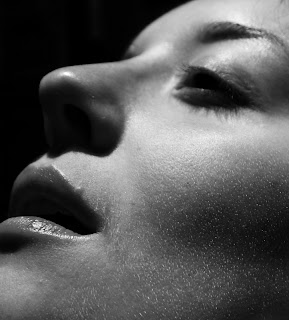 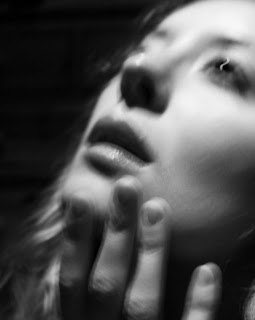 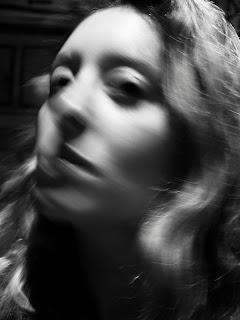 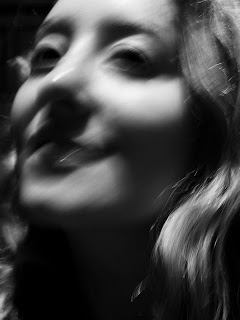 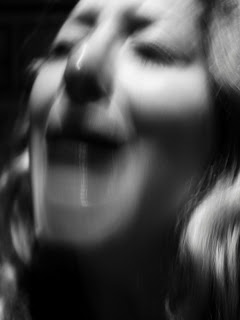 ...for fifteen full and individually themed galleries, feedback from artists I've worked with, my resume, a purchasable print book and full information about hiring me as your model.

For a Quick Overview: Yearly Highlights!

NEW 'FAERIE GARDEN' PRINT BOOK ! ! !
A print book is now available for purchase, thanks to the kindness and generosity of the artists involved! If you agree that physical prints are far better to look at than online, virtual ones, do read all about it. Each purchase includes a donation to Amnesty. Treat yourself! Thank you.
Please email me directly at ellarosemuse@live.co.uk with any enquiries, to make a booking or if you'd like me to get in touch when travelling to your area. 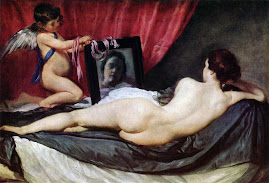 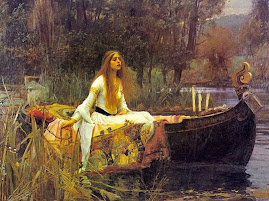 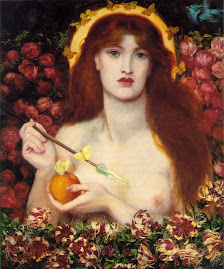 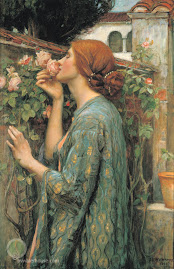 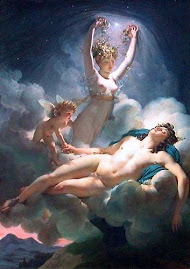 Botticelli, 'The Birth of Venus' 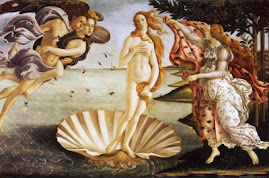 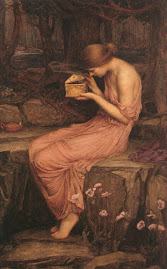 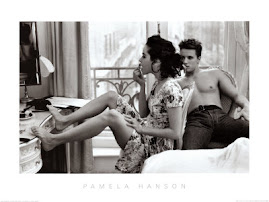 ‘Is there anybody there?’ said the Traveller,
Knocking on the moonlit door;
And his horse in the silence champed the grasses
Of the forest’s ferny floor:
And a bird flew up out of the turret,
Above the Traveller’s head:
And he smote upon the door again a second time;
‘Is there anybody there?’ he said.
But no one descended to the Traveller;
No head from the leaf-fringed sill
Leaned over and looked into his grey eyes,
Where he stood perplexed and still.
But only a host of phantom listeners
That dwelt in the lone house then
Stood listening in the quiet of the moonlight
To that voice from the world of men:
Stood thronging the faint moonbeams on the dark stair,
That goes down to the empty hall,
Hearkening in an air stirred and shaken
By the lonely Traveller’s call.
And he felt in his heart their strangeness,
Their stillness answering his cry,
While his horse moved, cropping the dark turf,
’Neath the starred and leafy sky;
For he suddenly smote on the door, even
Louder, and lifted his head:—
‘Tell them I came, and no one answered,
That I kept my word,’ he said.
Never the least stir made the listeners,
Though every word he spake
Fell echoing through the shadowiness of the still house
From the one man left awake:
Ay, they heard his foot upon the stirrup,
And the sound of iron on stone,
And how the silence surged softly backward,
When the plunging hoofs were gone.

Natasha Khan/Bat for Lashes, 'Horse and I'

Got woken in the night,
by a mystic golden light.
My head soaked in river water.
I had been dressed in a coat of armor. They called
a horse out of the woodland.
"Take her there, through the desert shores."
They sang to me, "This is yours to wear.
You're the chosen one, there's no turning back now."

Mark Doty, 'A Display of Mackerel'

They lie in parallel rows,
on ice, head to tail,
each a foot of luminosity
barred with black bands,
which divide the scales’
radiant sections
like seams of lead
in a Tiffany window.
Iridescent, watery
prismatics: think abalone,
the wildly rainbowed
mirror of a soapbubble sphere,
think sun on gasoline.
Splendor, and splendor,
and not a one in any way
distinguished from the other
—nothing about them
of individuality. Instead
they’re all exact expressions
of the one soul,
each a perfect fulfilment
of heaven’s template,
mackerel essence. As if,
after a lifetime arriving
at this enameling, the jeweler’s
made uncountable examples,
each as intricate
in its oily fabulation
as the one before
Suppose we could iridesce,
like these, and lose ourselves
entirely in the universe
of shimmer—would you want
to be yourself only,
unduplicatable, doomed
to be lost? They’d prefer,
plainly, to be flashing participants,
multitudinous. Even now
they seem to be bolting
forward, heedless of stasis.
They don’t care they’re dead
and nearly frozen,
just as, presumably,
they didn’t care that they were living:
all, all for all,
the rainbowed school
and its acres of brilliant classrooms,
in which no verb is singular,
or every one is. How happy they seem,
even on ice, to be together, selfless,
which is the price of gleaming.

Kate Clanchy, 'Poem for a Man with No Sense of Smell'

This is simply to inform you:

that the thickest line in the kink of my hand
smells like the feel of an old school desk,
the deep carved names worn sleek with sweat;

that beneath the spray of my expensive scent
my armpits sound a bass note strong
as the boom of a palm on a kettle drum;

that the wet flush of my fear is sharp
as the taste of an iron pipe, midwinter,
on a child's hot tongue; and that sometimes,

in a breeze, the delicate hairs on the nape
of my neck, just where you might bend
your head, might hesitate and brush your lips,

hold a scent frail and precise as a fleet
of tiny origami ships, just setting out to sea.